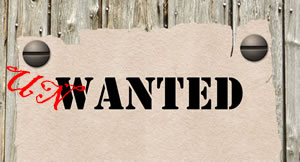 For quite some time now, we’ve been trying to effectively deal with a quandry for Cinema 4D users.  That being, C4D far too easily (and incorrectly, one might add) enables multipass output saving in the render settings of scene files.  Too many unrelated render settings enabled this flag, and it was confusing for users.  We’ve just implemented a solution for this, and written it up in a new article here.  Also documented there is another small bug that would occasionally bite people who had compositing file saving enabled when submitting their scene files to Pixel Plow.  That has been automatically addressed.

The end benefit for users is that there (should be) no more of those pesky .psd files unnecessarily generated as multipass output.  That means much smaller output file sizes, which saves bandwidth for both of us.  Since there is less data to transfer, that means much shorter download times in many cases, as well.  Faster rendering, and faster output downloading…what’s not to like?