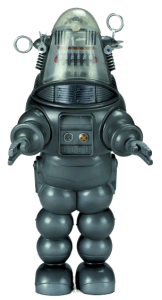 We’re very happy to announce the release of the 2.00 agent version for Windows and Mac users.  The most visible significant difference with the 1.9x agents is the fancy new Auto-Power option.  It slices, it dices…wait, no it doesn’t.  Let me explain.

The point of the Auto-Power option is simple.  Most artists know what they are willing and/or able to spend on rendering projects.  They also want their job completed in the shortest period of time available, but within their known budgetary constraints.  We took those two basic concepts and wove them together into a new feature called Auto-Power.

Put simply, Auto-Power will adjust the Power setting of your job automatically to fit the job within your budget.  If you know what you want to spend on rendering, let our system automatically render it as quickly as possible without exceeding your budget.  This third leg of the Power, Budget, Auto-Power tripod is the natural outworking of our farm’s ability to estimate job costs and make intelligent decisions based on that.  Gone are the days where you need to know what power setting to use or actively monitor your job as it runs to tweak power settings…our system does that for you when you enter a Budget and check Auto-Power.

Lest you think this feature arrests control from you, it doesn’t.  You still define the Power level that the job will initially run at when you submit the job.  Auto-Power can’t (and won’t) kick in until our system has generated a cost estimate for the job, shown as “Cost Expected” in the queue viewer.  If you want to grab the wheel and change Power levels, you can do so at any time, and the Auto-Power option instantly disables.  If you want to remove the budget on your job, doing so will also disable Auto-Power immediately.  Think of Auto-Power like the cruise control in your car.  If you want to change the speed (Power), you can, but that has to disable Auto-Power.  It doesn’t take control away from you, it gives you the ability to offload responsibility to the system to fit to your budgetary needs.

The usual round of caveats must ensue:

There are a few other important tweaks, tunes, and turbo’s under the hood of the new 2.00 agent.  If you’re on Windows, you’ll get the agent shortly after you have no jobs in the queue.  If you’re on a Mac, hit the agent upgrade link on the agent menu to download the latest build.  Either way, you’re going to like the added capabilities.  Stay tuned for more updates coming soon.